May 21, 2020 — When I last interviewed Ryan Molis, DDS, we talked at length about his dental practice and booming Invisalign business. Of course, our world has changed a great deal since that late January interview.

As a practitioner-adviser to Align Technology’s CEO and leadership, Dr. Molis has established himself as one of the most successful dentists in the world when it comes to Invisalign. With his Illinois practice now back open after shutting down during the COVID-19 crisis, I wanted to talk to Dr. Molis about what it took to reopen his practice as well as how he kept his Invisalign patients moving through their treatment despite his practice being limited.

Using Invisalign as a core product, Dr. Molis has grown two practices to incredibly successful levels. But what has changed in the past few weeks, if anything, in terms of philosophy and how he and his team will be doing dentistry in the near future? That question is how I started our conversation.

Q: You’ve just opened your practice back up this week in Illinois. What was that like for you, and what changes did you implement? 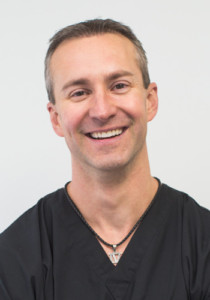 A: I had a couple of meetings with my team and told them we’re going to open up modified full force. I’ve been trying to listen to experts from the Occupational Safety and Health Administration (OSHA), infection control, and even an oral surgeon who has been practicing during this. As a team, we discussed how we were going to do some things differently moving forward.

Before patients come in the waiting room, we’ll text or they’ll call. They will then go straight from the parking lot to walking right in, followed by a stop at the front desk. Their temperature will be checked and then they will be seated and rinse with a 1% hydrogen peroxide solution for about a minute. Obviously, anyone with a temperature will be asked to be rescheduled.

Regarding personal protective equipment (PPE), we didn’t do disposable gowns. I have four kids and I’m kind of worried about the environment. I think we got 10 lab coats for each of my team members. I might have gone overboard, but we have a washer and dryer on site. That way, during a busy day, I never want one of my team members to say, “Oh my gosh, with the aerosols, I don’t feel comfortable.” I want everyone to feel comfortable. When you show your staff you’re going above and beyond for them, it makes a difference. It does for patients as well. It speaks volumes about who you are as a person, as a doctor, and as a leader. You try to stay positive as much as you can. It’s one of those things where focus goes where energy flows.

If we’re prepared and we’re ready, we’re going to be fine.

Q: How did you keep up with your Invisalign patients during this time and make sure everything was still moving along? What was that like?

A: It was rough. We’re used to seeing 25 to 35 Invisalign patients a day. So what we did revolved around virtual care. I know that that option launched a little bit earlier from Align and the timing was great. We mailed three to four trays to every one of my patients and we knew they would be switching trays along with the virtual care. What’s the worst-case scenario that’s going to happen? We want to do a couple of aligners just to tweak it up. That’s fine. It is showing that we went above and beyond for our patients, but we mailed a lot of aligners. I had one team member who stayed off unemployment and rocked that out for each of my offices.

If we’re looking at between 600 and 700 cases a year, I had to have somebody dating these trays, making the phone calls, and mailing out the trays. That was almost a full-time job in itself, but you had to do it, and it will be good to get it back to those levels.

Q: What are you hearing from some of your coaching clients out there about how they have been working with their Invisalign patients?

A: The biggest frustration that I’ve heard is that patients can’t come in to be scanned and start Invisalign. I’ve heard from a lot of the doctors who are my coaching clients that they’re coming back and patients are ready to go. We haven’t been working, but a lot of people have been working. They still have insurance and they still want a better smile.

Q: Would your messaging to dentists now be any different than the first time we spoke?

A: No, 100% no. Why? I have lived my life focusing on the positive. Listen, dentists, you’re the leader of your team. You have to lead. People aren’t going to listen to just your words. If you’re positive, that is going to be a direct reflection onto your team. If you’re negative and you’re worried, that’s how your team will mirror you.

I’m not saying it’s business as usual; in my practice, I’m still going to mention Invisalign but not to every patient. It’s not a hard sell. It’s very simple, “Are you interested?” We can’t assume person X does or does not want it, or person Y is or is not interested in it. So I’m just going to talk about the options as I usually do. I can still help my patients with a nice, straight, pretty smile; improve their confidence, and make them happy. I’m not going to stop what’s worked for me in the past, and I’m not going to stop having fun.

Q: What is one thing you would really like to hammer home to any of those who are doing Invisalign in their practice right now with what we’re going through and will be going through for the next few weeks or months?

A: Stay with the basics. I wouldn’t let what we’re going through change the way you’re going to treat your patients. Still give them the option of accepting treatment or not.

I would also say that we all have to be big believers in setting goals. Have a meeting with your team. You all have to know your expectations. Share those goals with your team. Get excited about it. It’s important to go to work, to have a little bit of excitement, to have that energy in your office, and to really take your mind off what’s going on out in the world.

Listen, we have enough negativity in this world and in this country now. People are nervous, but we still have our dental degree, right? We’re blessed. We are going to be fine. We have this beautiful, wonderful profession that’s going to be super successful, and hopefully in a year or a year-and-a-half, we look back and say that this was kind of a rough time for us. We can also hopefully say that everyone didn’t stress too much about it and enjoyed some family or personal time as well.

But that was then. Right now, I’m going to get back to work and I’m ready to straighten out some smiles.

About the Author: Brian Bateman